Posted on December 27, 2011 by soulfisticated

I received a few compliments on the outfit I put together tonight. I have also been watching a lot of fashion related video podcasts since I got my iPhone.

So, I thought I’d have some fun and do a magazine type ” What He’s Wearing” for this post.

This wasn’t an expensive outfit to put together.  Most of the pieces were around the $50 range, with the exception of the jacket (which was about $260 retail) and the shirt (which I believe was around $69.)

Straw Fedora by Calvin Klein.  I picked it up at the CK outlet store while on vacation in Fort Myers, Florida this year.

Grey Blazer is by a Toronto designer, Hush Von Osafo. I saw it a few weeks ago, and was thinking about it way too much to not pick it up.

Necklaces were picked up at H&M in NYC, and Aldo in Toronto.

Black plastic Converse shoes with red threading were a gift.  The red threading subtly compliments the red lining on the pocket of the jacket.  You couldn’t really see it in the photo of the jacket being worn so I took a separate photo.

You could dress this outfit up by wearing brown pointed toe dress shoes, and tucking in the shirt.  The running shoes give it more of a casual look allowing the shirt to remain untucked. 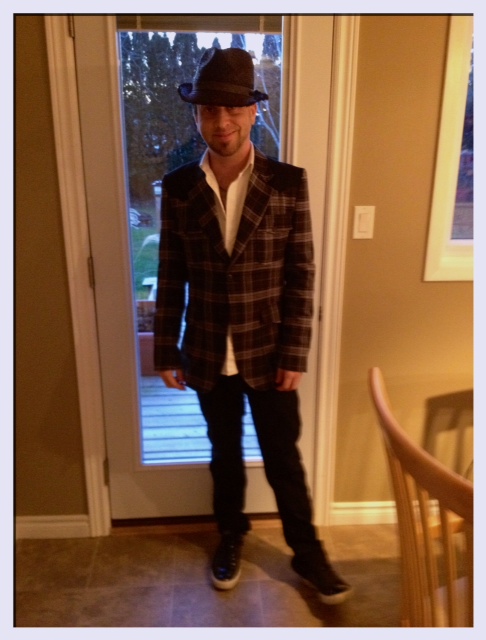 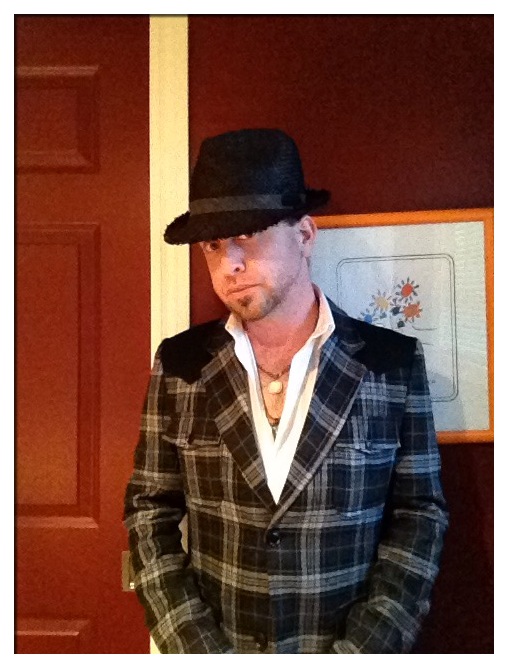 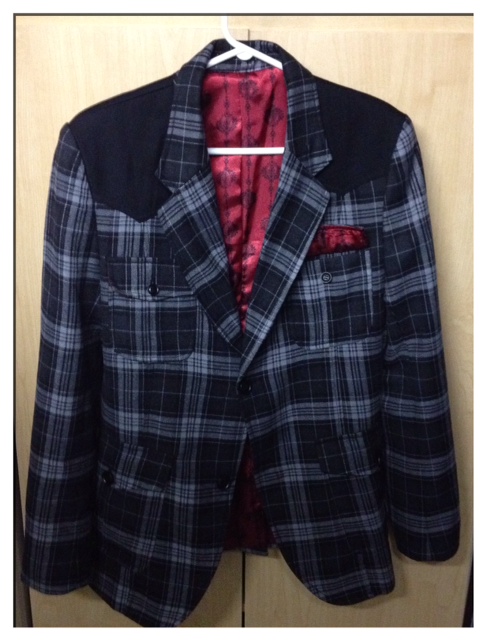 Jef Kearns plays urban soul music on flute.  Check out his stylin’ music on
his website and iTunes.

This entry was posted in Fashion, News, What I'm Wearing. Bookmark the permalink.